Are you using an older version of Revit? Perhaps you are using a version going all the way back to Revit 2015 or Revit 2016? The question I have been asked numerous times over the last month is, why should we upgrade?
The release of Revit 2019 last month is well worth consideration and the argument to upgrade from older versions of Revit, in my opinion, just got a lot stronger.

This decision also needs to be weighed against signing up for a subscription licence. Autodesk hasn't been doing so well introducing subscription to it's business model. There are endless discussions in the forums and unhappy customers. The ever increasing cost of licences has made it a hard (& bitter) pill to swallow. That together with the long and well documented history of Autodesk's fairly slow development in general, has left many people happy to settle on there final perpetual licences of 2016 / 2017. (The new "Collections" don't help either).
There has been some improvement though, more transparency from the development team and since the Revit Ideas kicked off, more interaction with customers about what we want in the software. The Revit Blog also posts a roadmap, to let you know where development is heading.
So I think, for many offices, Revit 2019 may be worth a closer look in considering a possible upgrade as I believe the list of enhancements and day to day productivity gains since Revit 2016 to the now current Revit 2019, is too many to be ignored.

I have had to go back to using Revit 2016 for a number of months now in one of my jobs. I still use Revit 2018/19 regularly so going backwards so many versions has really made it obvious to me some of the updates and performance improvements I have taken for granted.

Out of interest, I decided to compile a list of all the note worthy Architectural & multi-discipline updates & enhancements to Revit since the 2016 "Release 2" update that was only available to subscription customers at the time.
I enjoyed compiling this list, it was a good refresh and reminded me of a few minor updates that I had forgotten about myself.
This turned out to be a lengthy post, so in an effort to keep it as concise as possible, I have simply listed the change/enhancement and only in some cases a short explanation. If you need more info on the update as well as a list of all minor, MEP & structural updates, I have provided all the links to the "What's New" articles as well as links to my past posts on new features.

It's a long list isn't it!? Sadly, many would still not be impressed. This is always going to come down to how everyone uses Revit differently.
One item of development that is typically overlooked though is performance. Whilst there are key performance updates that are noted above, it is the performance updates "under the hood", that have also had an impact in ensuring models remain speedy as the software improves (and hardware) improves.

As I always say though, participate in the Revit Ideas forum and Autodesk Feedback Community if you want to have a say!

Posted by DT at 5:08 pm No comments: Links to this post

Autodesk posted a video on YouTube recently titled "20 Years of Revit Code in Less Than One Minute" I thought it was an interest...

Learn about how you can get your BPAC 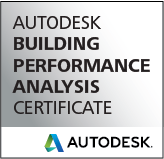